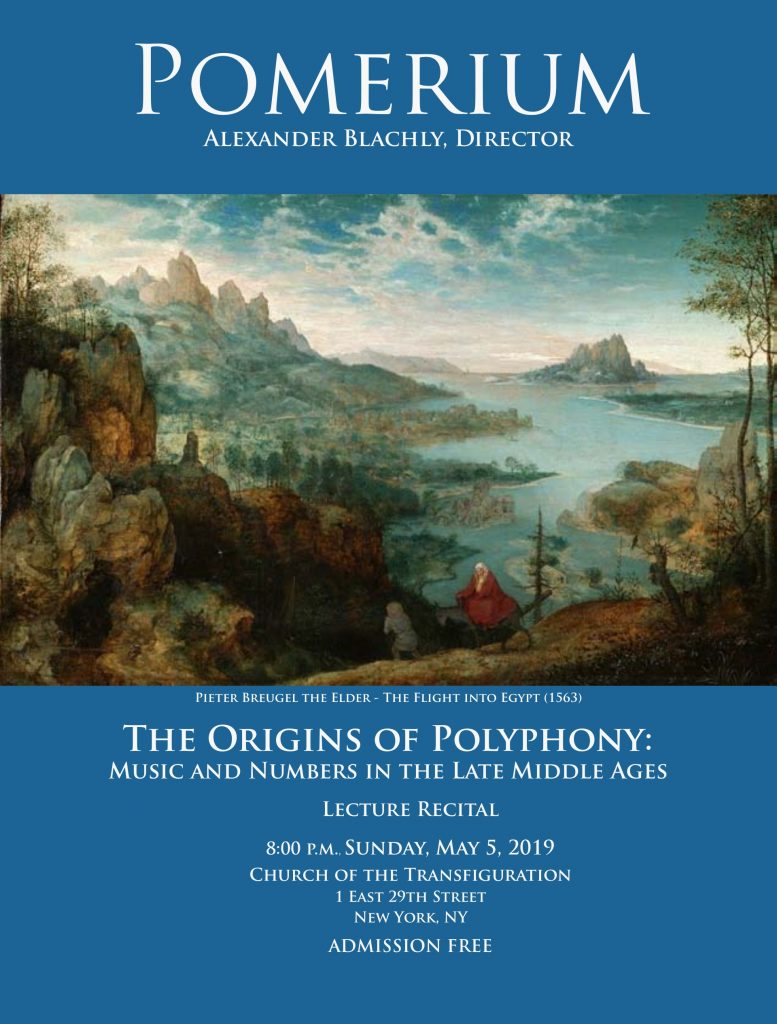 At 8:00 p.m., Sunday, May 5, 2019, Alexander Blachly and members of Pomerium will present a lecture-recital at the Church of the Transfiguration (“The Little Church Around the Corner”) at 1 East 29th Street, New York, NY.

As a complement to Pomerium’s concert “Number Mania: Hidden Structures in Medieval Music” on March 14, 2019, in the Midtown Concerts series, the May 5 lecture-recital will explain in detail what is happening beneath the surface of pieces performed in the March 14 concert. 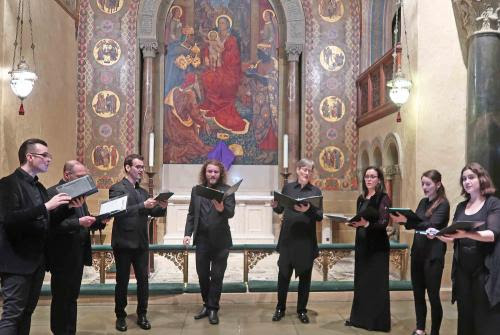 The philosophical conception of a numerically ordered universe inherited from Pythagoras and his followers—Plato, Ptolemy, Boethius, and many others in the late Middle Ages—had a profound effect on the composition of polyphonic music from the earliest measured polyphony we know of: music from Notre Dame Cathedral in Paris in the decades around 1200 AD. The first such pieces in the thirteenth century were short, but by the fourteenth century Philipppe de Vitry and Guillaume de Machaut were writing longer and more complex works structured on numerical frameworks, culminating in the great isorhythmic motets of the early fifteenth century by Johannes Ciconia, John Dunstaple, and Guillaume Du Fay. Each of the pieces discussed will be performed by Pomerium singers Kristina Boerger, Amber Evans, Chloe Holgate, Dominique Surh, Nathaniel Adams, Christopher Preston Thompson, and Michael Steinberger.